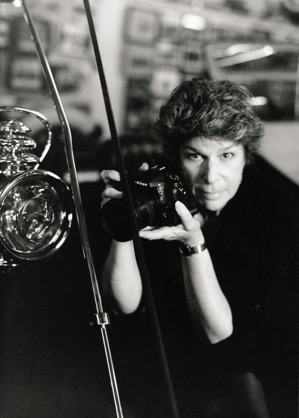 Ann Sherman's photography reflects a style as unique as she is. Combining the vision of an artist with the skills of professional image making, her prints have earned her assignments across the nation.

Her approach to still photography was born of her unique introduction to the world of images. She began her career looking through the lens of a television news camera, one of the first women willing to tote a camera into oftentimes dangerous situations. She worked for stations in Tennessee and Orlando, Florida before trading in the movie camera for a 35 mm at the Daytona Beach News Journal newspaper.

In 1992, she opened the doors of Ann Sherman Photography, Inc. In the past decade, her images have appeared in dozens of publications, with assignments ranging from the elegant setting of exclusive country clubs to the gritty background of desolate oil fields. She specializes in architectural photography -- the greater the challenge, the more likely it will be that her name is on the photo credit.

In addition, she is the photographer for a number of internationally known sculptors and artists. Her lighting techniques enable her to capture on the flat film plane the three dimensional beauty of sculpture and other art pieces.

In her personal time, she closets her cases of photo gear in exchange for a simple, foreign-made plastic camera. The images shes produces with her Holga camera have earned her showings at the International Photography Hall of Fame, as well as in galleries in several states. Her photographs were also seen at PhotoSeptembri in San Antonio, Texas.

Ann Sherman lives in Oklahoma City but takes assignments within walking distance or around the globe.